The Onyx is a 'Star Trek' communicator for the real world 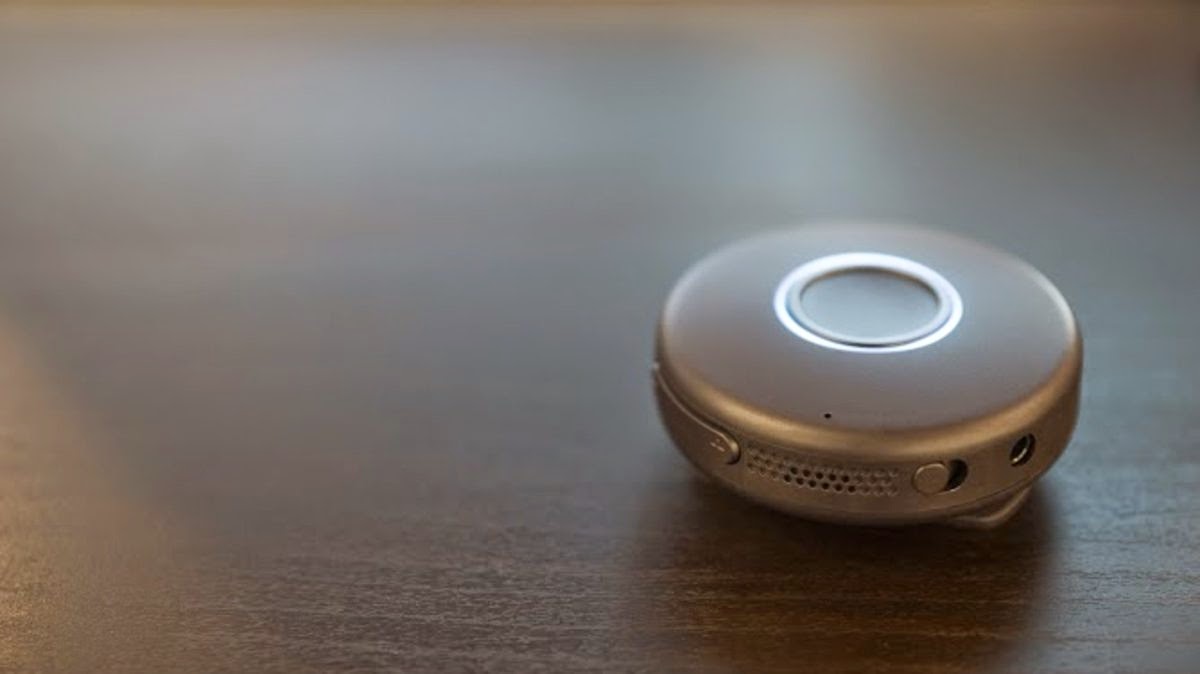 *Beep beep* "Picard to bridge, get us out of here."
Like Dick Tracy's watch, Star Trek's communicator has long been a muse for real-world technology products. The Onyx, a new device from hardware
startup OnBeep, might be the closest thing to what Captain Picard wore on his uniform in Star Trek: The Next Generation we've seen yet.

At a base level, the $99 Onyx is a personal communications device that operates within its own network. It pairs to a smartphone via Bluetooth and works whereever your smartphone has data service, whether that be on Wi-Fi or cellular networks. The roughly 2.5-inch round, hockey puck-like device clips to a bag or article of clothing, has a button in the middle for initiating communication, a volume rocker, power switch, and a mute switch. Surrounding the main button is a multicolor LED ring that changes color depending on your availability (blue is available, green is talking, yellow is muted).
The Onyx pairs to other Onyx units in user-controlled groups via its Android or iOS app. There isn't a limit to how many people can participate in a group, though OnBeep says it can get unweildy once you have more than 15 people at a time. All communication within a group can be heard by every member — it's more akin to long distance walkie talkie than a one-to-one communication tool. (Groups of two can be made for more private conversations.)
Talking to others in your group is as simple as pressing and holding the big button on the Onyx and spilling your heart out. It's very similar to a walkie talkie or old push-to-talk Nextels, but without the distance limitations of the walkie talkie or the device constraints of Nextel phones (which don't actually work anymore). The app lets you see who in the group is available and map out their locations.

Ps:/ it may replace the walkie talkie services soon, but still it far from the implementation world wide.. Hope we still can survive for long run.. :-)
Posted by tajuddin at 09:36