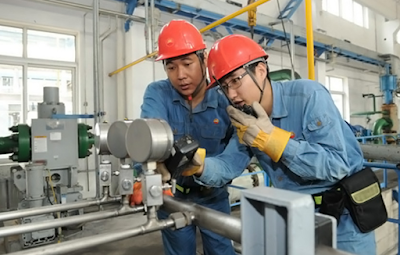 Often in the factories, contruction side, the most effective way to communicate is via walkie talkies. It may seem obvious, but there are a few basic rules to follow to ensure that communication is efficient and clear, this includes specific phrases and structures of how you talk via a radio as well as how to act it certain situations…

Identify Yourself
At the biting of the message is the ideal time to announce who is talking, either using your name or your role e.g. “Camera 02” which ever is easiest for the recover to know who’s talking.


The 1 Second Rule
A common mistake made by first time users is pressing the talk button at the same time they start talking and then releasing the button at the very same time they stop talking. Often this can cut off both the first and last words of the message, which causes confusion! Be sure to hold the button down for 1 second before you start talking and the give another second at the end after you have finished talking.


Acknowledge You Are Receiving
You have probably heard the phrase “copy that” said over walkie talkies, you must always confirm that you have heard what has been said, even if it means stopping what you are doing for 1 second to dig out your radio, if there is no response the speaker will assume you havn’t received the message.


Clear Words
There is nothing worse than hearing gibberish of the radio, often there can be crackles or other interference so try and speak your words as clear as possible even if it is an urgent message, speak slightly slower than you would normally, rushing your words won’t help the situation.


Control Your Volume
It’s sensible to not speak too loud over the radio during shoots for 2 reasons, firstly, it is likely to distort and not be heard on the other end, and secondly, you don’t want to be picked up by any mics that are being used for recording, especially if another cameraman is filming an interview whilst your shouting down the radio! Equally you should not have your radio on too loud if you are recording.